352 new Animoog presets are now available as part of this update. There’s now a total of 2,576 presets and over 4,500 timbres available for Animoog, lots of them free!

Version 1.5 brings presets from two sound designers, ‘analogue, I wish you were’ and Rust(i)k. The table’s page includes the links to download/purchase the presets and timbres. The full changelog is available at the bottom of the expansion packs page. Since the v1.4 announcement, I also published step-by-step instructions to install third-party Animoog presets and timbres.

analogue I wish you were

Sound designer named ‘analogue I wish you were’ contacted me to share with you not one, but two packs of free Animoog presets. I’ve been playing with them the past few weeks and I can confirm that these are great presets! I’m amazed at the quality of what the sound designers amongst us are able to create for us, the players, to play with!
analogue I wish you were provided a preview for its Retro Futurism pack:

But never stop yourself at a preview, download and install the free presets for you to explore their capabilities. Next is “À la rescousse”, an improvised Animoog solo played live with ‘analogue I wish you were’ preset named ‘PAD ramp pur’ from the ‘Retro Futurism’ presets.

You can get the free presets directly on analogue, I wish you were’s Bandcamp page. That’s also an opportunity for you to support the sound designer with a contribution, he deserves it!

After the nice presets we got from him last May, sound designer Rust(i)k offers us a second pack of free Animoog presets! Nothing less than 169 new and free presets which are, once again, of pretty good quality :-) Rust(i)k informed me that some of the presets’ timbres might be missing and may simply be replaced with Basic Sine.

Here’s one of the numerous tracks I recorded with these presets, “Japon turquoise” is an improvised Animoog solo played live with ‘Rust(i)k’ preset named ‘Keys Iluminati’ from the ‘RePrison’ free Animoog presets pack.

During an online discussion with another Animoog player, we came to the topic of which timbres are required for a pack of third-party presets to sound as intended. With this information available, an Animoog player can know in advance if he has all the required timbres before downloading and installing a new third-party pack. The table version 1.5 now includes the list of official In-App-Purchase packs you need installed for the third-party presets to sound as designed without any [missing] timbres.

If you’re a sound designer that contributed one of those packs, please contact me to let me know which timbres are required for your presets and I’ll add the info for the next version.

Remember that I provide a list of Animoog-focused YouTube channels?  Here’s an Animoog improvisation played by Subconscience. I’m amazed at the variety of sounds and styles that can be played with Animoog.

Enjoy summertime — Animoog can be played anywhere, like shown on this photo from Lukas Gec (thanks Lucas!). 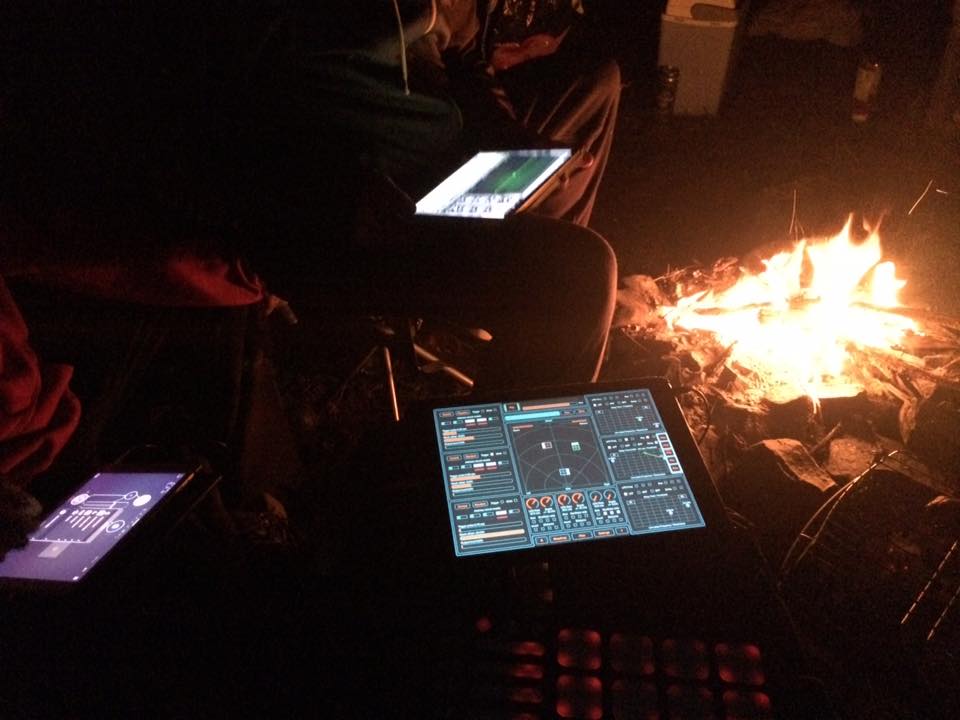 Big thanks to ‘analogue I wish you were’ and Rust(i)k. Hope you’ll enjoy their presets as much as I do :-) Don’t hesitate to share this announcement with other Animoog players, the intention here is to ensure that as many players as possible are benefiting from those excellent presets! Cheers — Alex / Satri