I have great news dear Animoog players! A new expansion pack for Animoog, and it’s an excellent one! I’m happy to share with you the Animaal pack, which brings us 55 presets and 134 new timbres from Terra Nova Music. 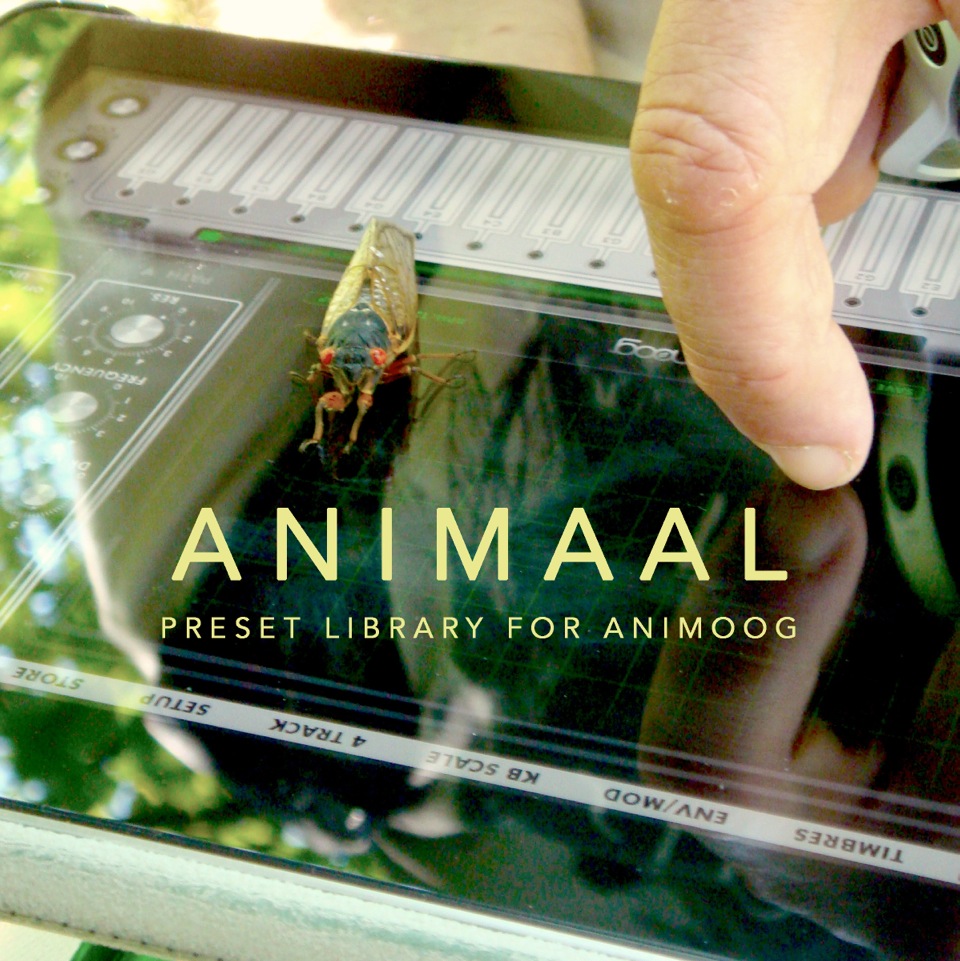 Here’s the official announcement for the new presets being released today and announced on Animoog.org before anywhere else:

Here’s a video showcasing some the included presets.

Regular readers of this site know I could not resist testing and creating Animoog solos from these new presets. Here’s the first one I played with Animaal’s Laughing Lyrebird preset. As usual, it’s raw Animoog improvisations, no overdub/effect, just Animoog played live with these marvelous presets :-)

The second one is played with Animaal’s Grunge Drone preset:

With quality presets such as these ones, I’ll certainly spend more time exploring the whole pack! Now it’s your turn to play Animoog with these wonderful new presets, you can get the Animaal presets and timbres for $3,99 directly on Bandcamp.

Buying the presets will also get tracks from the Animaal pack creators, as well as improvisations I just share with you. On the preset’s download page, you find these pertinent additional details about Animaal:

The cognoscenti will realize that Animoog works with wavetables, not samples, so music programmer extraordinaire Matthew Aidekman has painstakingly converted nature sound samples collected by interspecies musician David Rothenberg into timbres that Animoog can use, and assembled them to make some of the most unique musical tools ever contained on an iPad.”

Yes, that’s one more reason to update the table of Animoog presets, now featuring over 2,600 unique presets! While I tackle an update, enjoy those great new Animaal presets and timbres :-) — Alex / Satri

Still reading and ready for something a bit unusual? Head to 8 minutes in the video and see Animoog played in the wild! Yes, that’s from Terra Nova Music as well :-)

6 thoughts on “Announcing the ‘Animaal’ Animoog Presets and Timbres”