I recently turned 43 and I am proud to give you —= RISE 42 =— , my fifth music album. It entirely consists of improvised solos played live on the innovative and multiple award-winning ROLI Seaboard RISE 49 keyboard. I particularly enjoyed the freedom it provides for exploring and playing with soundscapes in new ways.

I acquired my Seaboard near my 42th birthday. Over the past year, about once in a week when the girls were asleep, I recorded these 42 tracks for ‘RISE 42’  — showcasing for an hour and a half what this modern keyboard can sound like 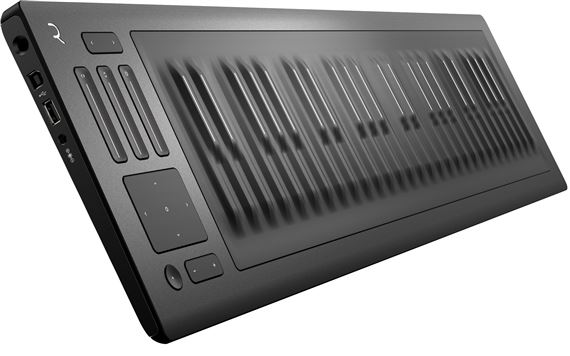 I’m rather happy with the result of these explorations, especially given it’s pure freetronica; electronic music improvised live in a single take, just like my three previous albums made of Animoog and Model 15 solos. Here’s the album cover for RISE 42, leveraging a fortunate photo I took while traveling and getting started with the album. 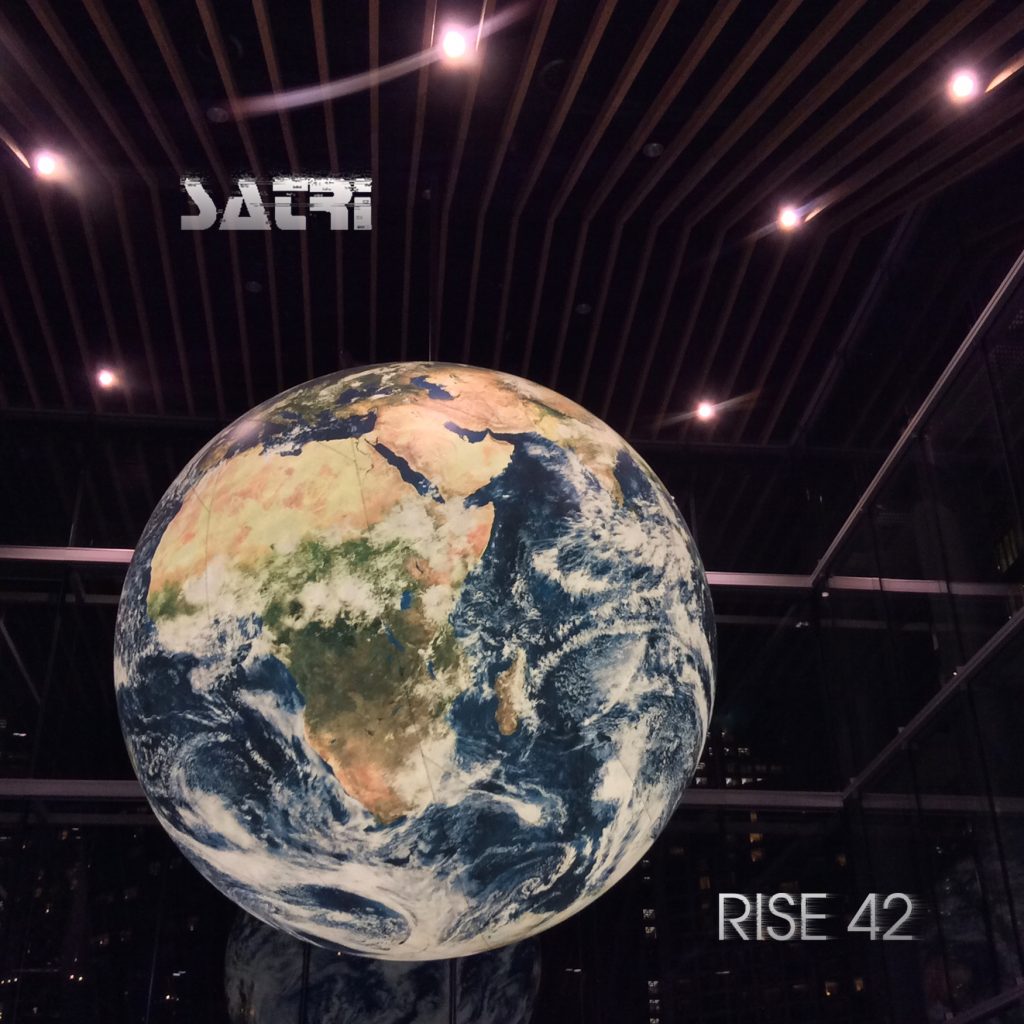 The Seaboard RISE is a controller and needs a synth to make sound. I leveraged a diversity of presets from ROLI’s Equator synth as well as FXpansion’s Strobe2 synth, the two being bundled with the Seaboard.

Here’s one of my favorite tracks on the album named ‘Snow falling slowly‘, improvised live on March 14th with the Equator Broomstick preset during a significant snow storm in Montreal. Just like for Animoog tracks, quality headphones are required to fully enjoy the depth of those sounds.

The saturated audio segments present on some of the tracks are a good example that these are indeed live improvisations in multiple sound dimensions, where exploring the edges of live sound manipulation can lead to sound saturation.

At some point I inadvertently had the standalone Equator synth launched at the same time as the Equator Audio Unit plugin version. This unplanned but happy combination resulted in tracks which showcase two presets simultaneously. The RISE 42 track list provided below indicates which presets has been used.

The following track named ‘Confiance’ has been improvised June 17th with Equator’s Little Master Synth preset. It shows how precise the control we have on the Seaboard RISE can be.

The Seaboard RISE’s keys, named keywaves, are made of silicon and are very sensitive to multidimensional pressure, allowing you to glide your fingers not only left and right, but up and down while varying the downward pressure at the mean time. Each finger expression is considered individually, a significant evolution over the classic MIDI standard. MPE-compatible synths and presets take advantage of this potential of expressivity at the tip of our fingers. You’ve been witness of the decision process before I bought my Seaboard RISE 49 when I published last year the article on two popular MPE-compatible controllers, the LinnStrument and the ROLI Seaboard.

At the time I wondered if I would like the Seaboard after trying it, now I know the answer’s yes!

Since then I’ve been lucky to have experimented with the Haken Continuum fingerboard at MUTEK 2017 and I felt it’s quite different to play and full of potential as well.

The next track, ‘Empire‘ has been improvised with Equator’s Dark Hall Synth Lead preset on March 8.

I owe immense gratitude to my wife and daughters for having supported the making of this album, on top of our crowded family schedule. The next picture is work from one of my wonderful daughters who knows well her dad, showcasing a doll with the music gear I play with and love — you’ll recognize Animoog and the Seaboard :-) 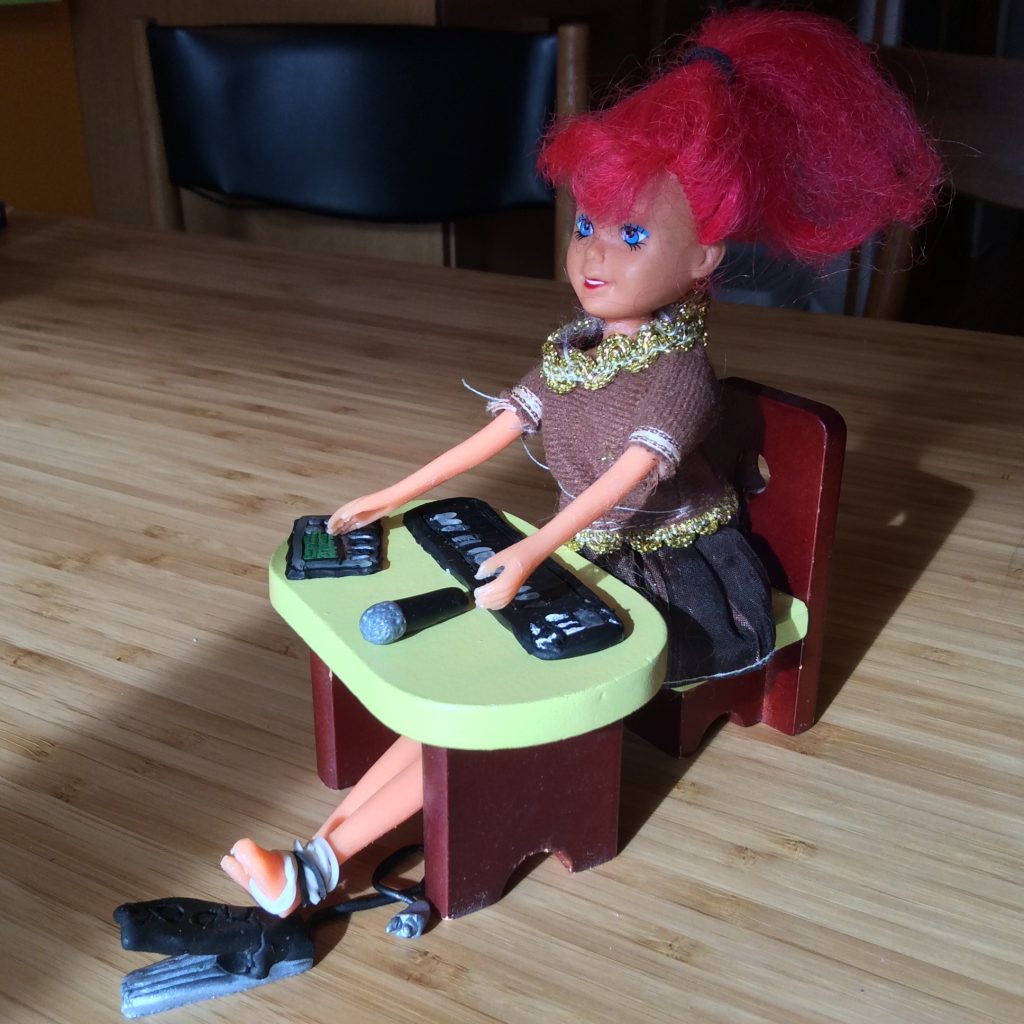 The following track named ‘Field trip‘ has been played on February 4th with the preset named TX Saturated Tremolo Texture 5D, the day I started recording FXpansion’s Strobe2 tracks with my Seaboard RISE.

If you like my music, get all my albums for free and do what you want with them! They’re all released under a Creative Commons license. Immense thanks in advance for any support and I hope you’ll enjoy listening and discovering what the Seaboard RISE and those presets have to offer. The CC-BY Creative Commons license means the tracks are free to anyone to copy, use and transform. Let me know if you mix or use RISE 42 tracks for your projects, I’m eager to hear the results!

In addition to being free on Bandcamp, the album is available on all major streaming services and digital stores such as…