Playing Animoog on the iPad is great, but what if your iPad was a meter wide and 20cm large? Wouldn’t that allow you to better play Animoog with such large touch keys instead of the rather small keys we get on our iPad? That’s what alternative controllers are about, and we have great news today for Animoog players.

A year ago we published an entry on Anicontrol and a custom MIDI controller, which are closer to regular controllers than the alternative ones. Alternative controllers is exactly the topic of this Jordan Rudess entry, keyboardist for Dream Theater, in the Keyboard Magazine.

But wait, does such controllers can be used with Animoog? Yes! Here’s the good news from Moog Developer Geert Bevin shared after the recent release of Animoog 2.2.4:

« An important improvement is that Animoog will now properly handle full-rate MIDI coming from the Eigenharp, LinnStrument, Continuum, … The massive amount of expression messages used to sometimes put Animoog into a weird state. We tracked this bug down and fixed it, making Animoog an excellent choice for any controller that supports polyphonic aftertouch! »

Excited? I am! I encourage you to read Jordan’s entry. Amongst the alternatives controllers Jordan reviews you’ll find: 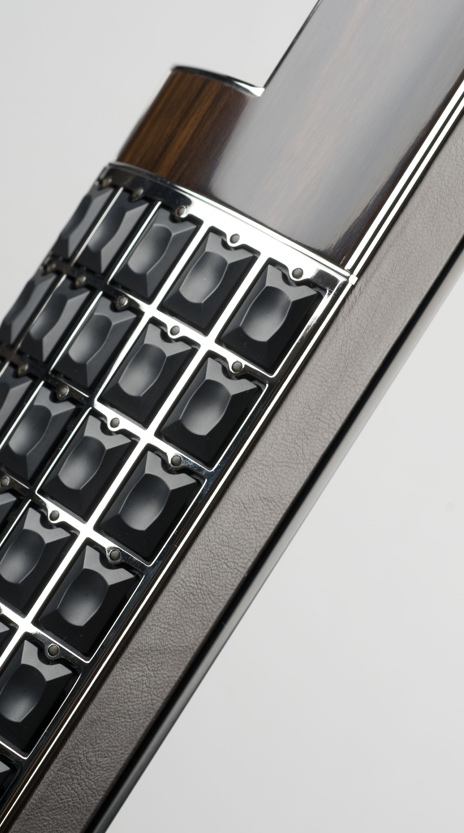 That last one looks the most unusual. The LinnStrument is also currently the less expensive of those alternative controllers, the ROLI Seaboard being the second less expensive. Over a year ago already, Geert posted the following short but insightful video testing Animoog with the LinnStrument.

Options for controlling Animoog have been one of my main interests as soon as I got Animoog in my hands. The proof is my first two entries on the official Moog forum, the first one posted less than three weeks after the launch of Animoog in 2011, were specifically asking about controllers. I was lucky to get answers from the community at the time that pointed to two alternative controllers, the Endeavour EVO and the VAX77 from Infinite Response, but those two controllers don’t seem to be available anymore. Today is a day to rejoice, we now have plenty of excellent alternative controllers available to us and Moog is really spending time to ensure those controllers are well supported by Animoog. Great times ahead!

Are you aware of other alternative controllers suitable for Animoog? If so, let us know in the comments below! Cheers — Alex / Satri

7 thoughts on “Alternative Controllers for Animoog”