328 new Animoog presets are now available as part of this update. There’s now a total of 2,224 presets and over 4,500 timbres available for Animoog, lots of them free!

Version 1.4 brings presets from 4 sound designers: Steffen Presley, Rusk(i)k, Sound of Izrael and Subconscience. Here’s the updated version of the table of Animoog expansion packs. The table’s page includes the links to download/purchase the presets and timbres and installation instructions. Three of the four new packs are free, the fourth one being available at a very reasonable price. The full changelog is as well available at the bottom of the expansion packs page.

I’m happy that sound designer Steffen Presley contacted me and that we’re now able to provide his expansion pack named Song-Haven. It is available for $6,99 by sending money directly to Steffen via Paypal. There’s a total of 50 new presets, with some of them requiring that you already purchased the Acoustic and R. Devine packs in order to access their timbres.

As you can see in the following YouTube demonstration video, those are high quality presets. They just got released and I haven’t tested them yet, but I soon will!

Steffen is also the nice sound designer who recently shared with us free Theremini presets.

Sound designer Rust(i)k is freely sharing with us 132 excellent presets. Here’s a part of Rust(i)k bio: “RUST(I)K is currently working on several projects and remains a major part of some of house music’s greatest venues and artists over the last 20 years. He now is experimenting with a variety of musical styles and methods as the IOS music world grows by the day.   In doing so, he routinely puts out preset or sample banks to various sites and several companies.” His full bio is available here. Rust(i)k’s excellent presets are freely available directly on Animoog.org: Rust(i)k presets.

Here’s two improvised Animoog solos, the one I just recorded named ‘San Andreas’ played with the ‘Lead PolyAnna’ preset, and the second one named ‘Going Rust(i)k’ I made with Rust(i)k’s ‘Lead Axe’ preset. 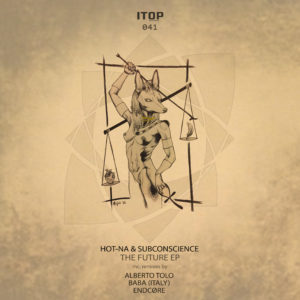 I added a new section to the page providing the table of Animoog expansion packs, here’s its content: Here’s what I need to know from you if you created great Animoog presets yourself and would like to share them with the community of Animoog  players, please provide the following information:

I’ll probably improve that list over time. Please understand that this list is updated only every few months.

The future has more surprises

As a bonus for having read up to here, I invite you to contribute to the documentary on Bob Moog being currently crowdfunded on Kickstarter: ELECTRONIC VOYAGER: Retracing BOB MOOG’s Sonic Journey.

Big thanks to Sound of Izrael, Subconscience, Rust(i)k and Steffen. Hope you’ll enjoy their presets as much as I do :-) Don’t hesitate to share this announcement with other Animoog players, the intention here is to ensure as many players as possible to benefit from those excellent presets! Cheers — Alex / Satri

This Baltimore producer and artist comes from a unique pedigree in the house music world. Born and raised in NYC, RUST(I)K spent the 1990’s years working and playing in the depths of such venues as the Webster Hall, the Limelight, Twilo, and the legendary SoundFactory. Upon graduating University, he relocated to Baltimore, MD. while still maintaining a presence at the Soundfactory for it’s remaining years.

RUST(I)K helped open and prosper with a successful afterhours club while working in the close knit house scene of Baltimore for several years. It was a unique almost surreal time in which time was spent with the likes of Ultra Nate and DJ Zik.

This was also a transient time in which RUST(I)K established a presence at Philadelphia’s Shampoo and Evolution as well as the D.C. afterhours circuit. It was the early 2000’s when RUST(I)K relocated to Miami.

The next few years were exciting as he worked at the top venues and produced with a variety of talent. Miami’s Design District as well as South Beach set the scene for the who’s and what’s of these creative and pivotal years. Coincidentally, RUST(I)K was involved and part of the huge Miami boom as underground house music transitioned into the worldwide EDM explosion.

Returning to Baltimore, RUST(I)K is currently working on several projects and remains a major part of some of house music’s greatest venues and artists over the last 20 years.

He now is experimenting with a variety of musical styles and methods as the IOS music world grows by the day.   In doing so, he routinely puts out preset or sample banks to various sites and several companies. Enjoy.