Welcome! I’m one of many who thinks that we’re experiencing new levels of ‘live music creation’ thanks to the recent advances in computing. Even though their existence mainly consists of computer algorithms, today’s music creation apps really are ‘new musical instruments’ and are progressively gaining greater widespread recognition. One of these popular new musical instruments is the award-winning Animoog app by Moog Music. I happen to be a enamored of Animoog! :-)

Animoog allows us to play the synthesizer like never before. I sincerely hope more musicians will discover its amazing expressiveness capabilities 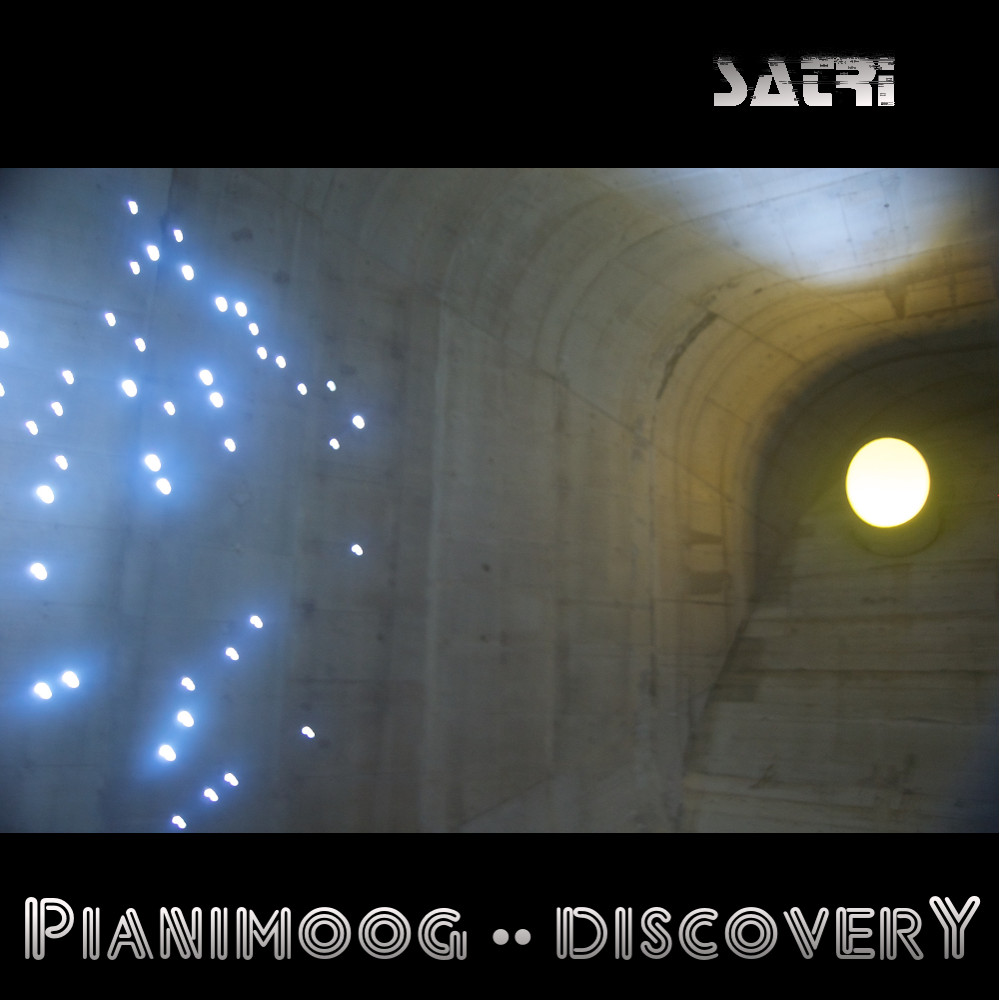 It’s my pleasure to present to you my second album of improvised Animoog solos named ‘Pianimoog •• discoverY’. This time these improvised single-preset solos leverage a classic external MIDI piano controller to create Animoog tracks. They are provided raw, no sequencing or external effects applied in any way — what you hear is how it sounded played live. Anyone with the Animoog app and an affordable MIDI controller can play similar tracks live.

Don’t expect perfect execution ~~ it’s live single-take improvisations! What’s great about it is you can play similar tracks yourself by launching Animoog and selecting the same preset. This genre of music is named ‘freetronica’: electronic music played live without any part of the track pre-recorded. No excuses and no preparation required: pick the instrument and have fun exploring sounds!

You don’t have to like all of the album. The list of presets I played is provided and helps you identify sounds and melodies you can play yourself on Animoog even with little or no previous experience with this novel musical instrument

Next is the ‘Recording decades’ video, 10th out of 29 tracks on the album. The track leverages the ‘Apocalead’ preset from Alba Ecstasy, and yes, it’s monophonic: a single note played at a time for the whole track.

An affordable M-Audio KeyRig 49 was used on the first track and I then continued on my old Roland RD-300SX MIDI keyboard. No sustain or expression pedals were used, just the raw Animoog app played from the MIDI keyboard. For the ‘Retenue’ track, I played one hand on the Roland and the other on the iPad. Tracks are offered in chronological order, the listener being able to appreciate the evolution in my discovery of playing Animoog from a MIDI controller within the 5 months it took me to put to record the tracks during spare time. Credit is given to the sound designers for each preset I used.

The main drawbacks of using a classic MIDI controller are the loss of precise polypressure control, one of the best expressive capabilities of Animoog , and the loss of the sliding finger gesture. The use of an alternative MIDI controller may alleviate these shortcomings.

Next is ‘A beginner’s demo’ video. This track leverages the ‘4072 – Finger Detune’ preset from Vintage Vibe collection. It’s another monophonic track, one note at a time for the whole track, but this time I modified some of the preset’s parameters while playing, showcasing how a preset can sound different by tweaking it live.

By watching the ‘I dream of wires’ documentary I understood where Animoog comes from and its roots in modular synthesizer, and in the process came to believe that Animoog’s potential has much remaining to be explored.

My previous album, ‘Unanimoog, escape inside the music’, featured raw improvised Animoog solos played live directly on the iPad. I was deeply honoured by the kind words of encouragement from many listeners and music publications, some nice strangers paid up to 15$ for it while is it available for free. I also felt privileged when Moog Music featured the album on their front page. I confirm all of this motivated me and I’m delighted to offer you this third album.

Next video is for ‘Le secret du nucléaire’. This track leverages the ‘WhereUpress’ preset from Daemian. It’s a melodic polyphonic track.

The ‘Pianimoog •• discoverY’ album is ‘unmastered’, the sound levels of the raw tracks have not been corrected and no adjustments were done to convey an enhanced listening experience. These types of sounds and performances are best enjoyed by listening with quality headphones. The visuals for the tracks have been so far created using the amazing Uzu app. My two Animoog albums are brought forward by the Apptronica label, a warm and welcoming home for several ‘iOS musicians’. The album is freely available on Bandcamp and available in many other places online. Tracks are available under the CC-BY Creative Commons license and consequently, free to anyone to copy, use and transform.

Thank you for your interest in my musical projects, I hope you enjoy Animoog as much as I do! — Alex / Satri

Listen and get the album: https://www.animoog.org/satri/pianimoog